I caught up with Grace Lin as she launched her new fantasy/folklore chapter book, When the Sea Turned to Silver. 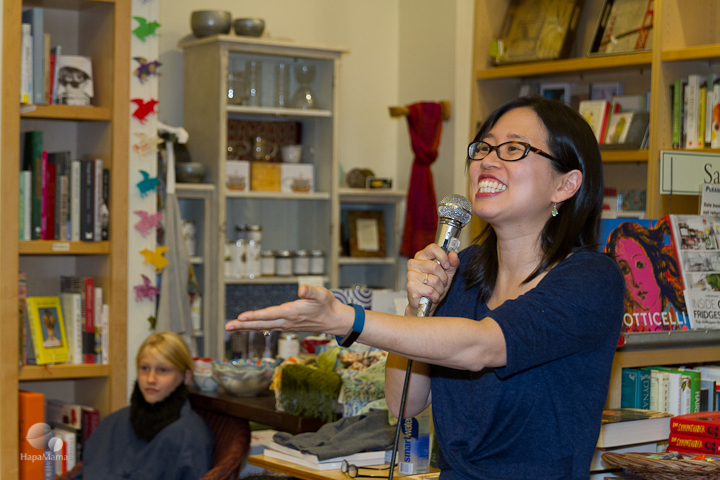 We’re so excited, because one of our favorite children’s book authors, Grace Lin, just released a new title — When the Sea Turned to Silver, the latest addition to her Middle Grade series which blends Chinese folktales with likable new protagonists. The earlier books are Where the Mountain Meets the Moon and Starry River of the Sky (Amazon affiliate links). And even more exciting, Lin made a rare West Coast appearance in Berkeley to kick off her book tour!

Scroll down to listen to the full interview with Grace Lin 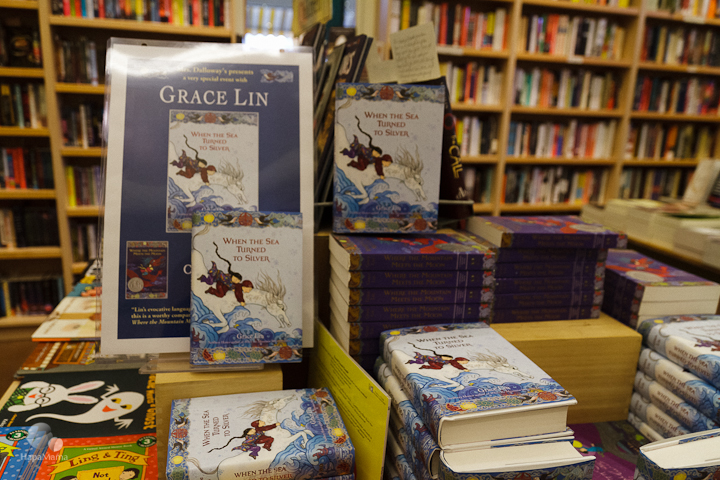 Mrs. Dalloway’s books had a large display of the new hardcovers, as well as many of her other books, which include the Pacy series (Year of the Dog, Year of the Rat, Dumpling Days) of more contemporary chapter books largely based on Lin’s own childhood, as well as many picture books, and her Ling & Ting series of easy readers. 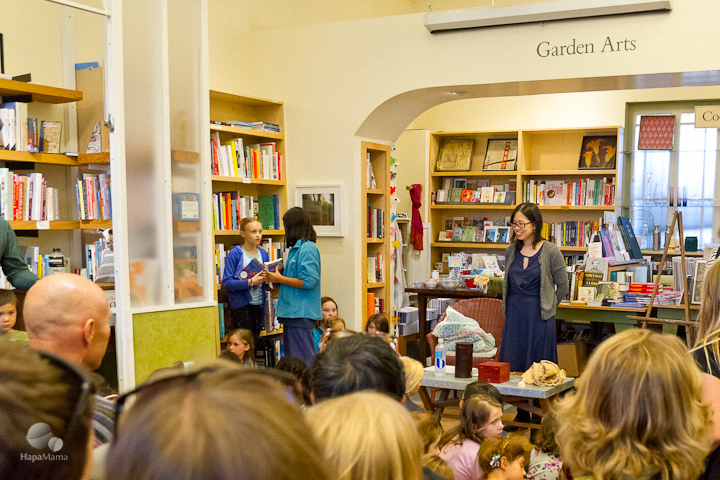 The store was packed. In fact, an hour before Lin took the stage, most of the seats were already reserved for customers who had pre-ordered the book. I caught up with her ahead of her presentation. Lin spent six years writing When the Sea Turned to Silver, the longest of any of her books to date. While I referred to it earlier as being a part of a “series” of folklore based titles, Lin emphasizes that all three books can be read independently. There is some overlap in characters between the stories, but Silver takes place at a much later point in time than the two earlier books. 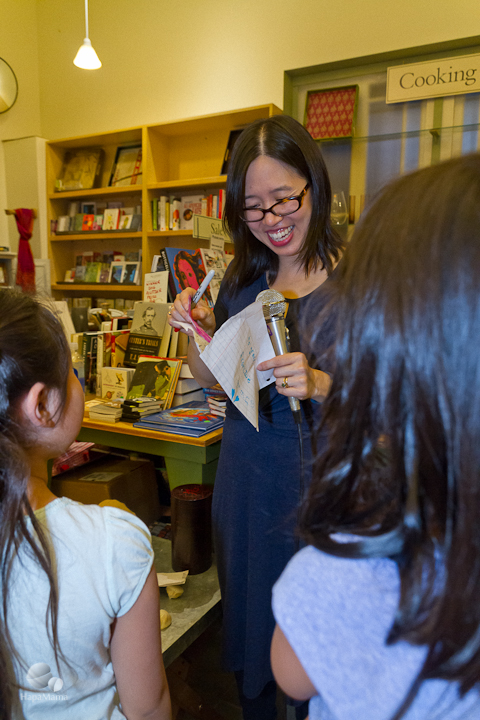 Even the bookstore was surprised by the standing-room-only crowd, with kids packing all the floor in hopes of getting selected to be a volunteer in a skit based on a chapter from Lin’s new book. Afterwards, many families rushed the stage to get their books signed, with some kids even brining homemade drawings and letters for Lin. What you can’t tell from reading her books is just how dynamic and vivacious a performer she is when she presents her stories aloud.

During our interview, which you can listen to in its entirety below, Lin talks about her inspiration for When the Sea Turned to Silver and about her thoughts on the importance of diversity in children’s books. In short, she writes the stories she wished she could have read as a girl. As I expected, there were a lot of young yellow and brown girls in the audience, but her stories — which often ofter intimate peeks into the minds of kids facing adversity — have a broad appeal. Outside the bookstore, one curly haired white boy gushed to his parents, “Grace Lin is an awesome person!”

It’s easy to see why Lin has already won the Newberry Award for Where the Mountain Meets the Moon and why When the Sea Turned to Silver is one of the finalists for the National Book Award for Young People’s Literature.

Listen to My Full Interview with Author Grace Lin