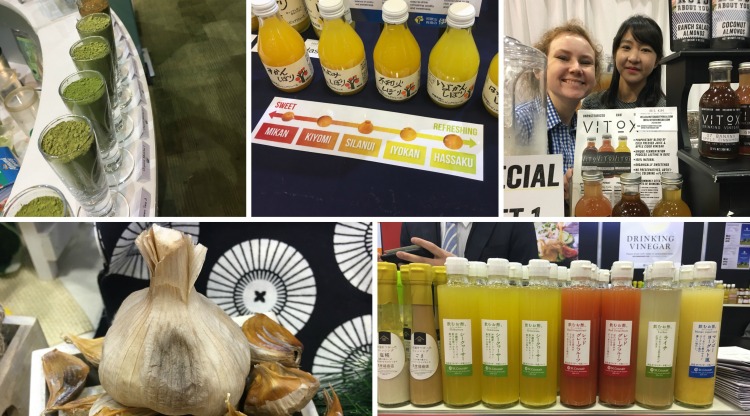 A few weeks ago, I had the chance to visit the Winter Fancy Food Show in San Francisco. In case you’re not familiar with it, the Fancy Food Show is an enormous trade show for people in the food industry. There are owners of boutique businesses and giant food corporations, along with buyers from restaurants and grocery stores. It’s like American Idol or Shark Tank, where Mom and Pop food startups can get discovered by national chains — or at least some gourmet shops With two sides of Moscone Center filled with booths, it was a bit overwhelming for a first-time visitor. How to separate the wheat from the chaff? Or at least zoom in on what could be most relevant to me? I went in with the goal of narrowing my focus to new or interesting Asian culinary trends. And here’s a sampling of the things that caught my eye:

From the Winter Fancy Food Show 2017 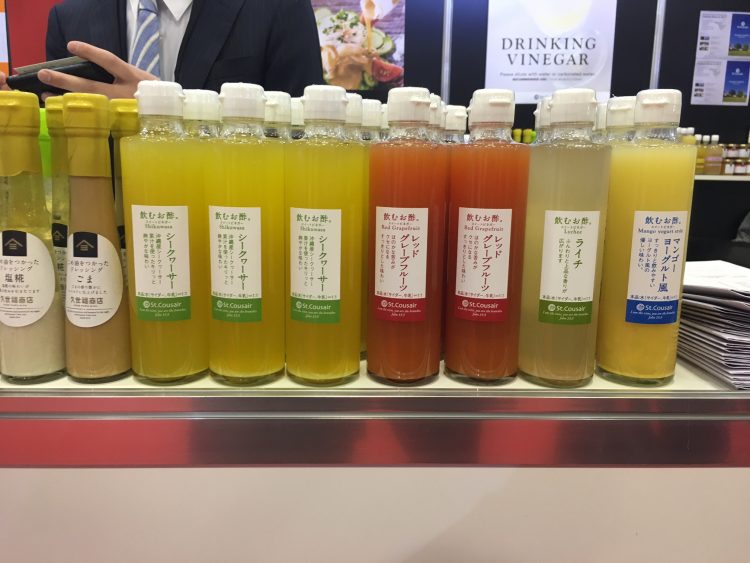 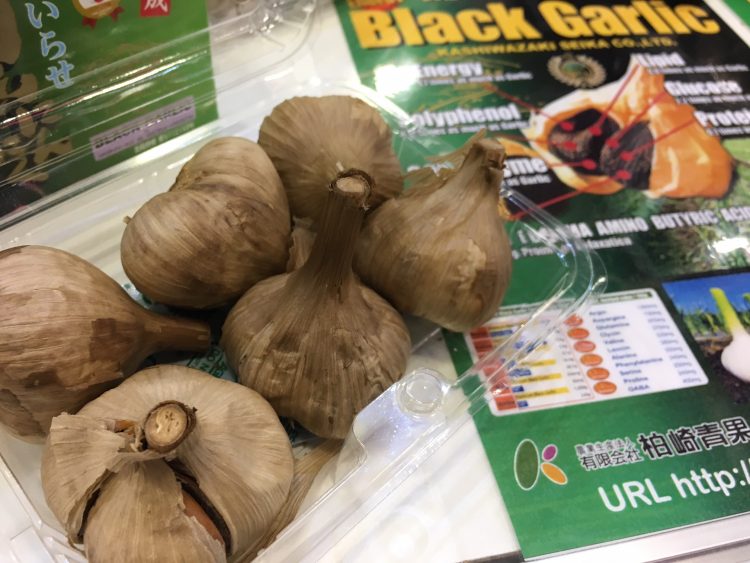 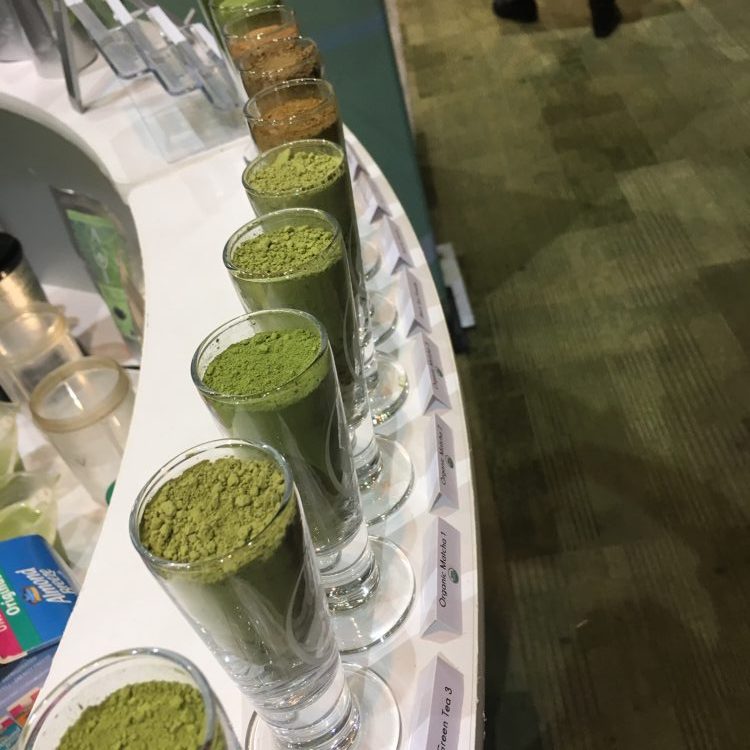 Green tea desserts flavored with matcha powder are commonplace now, but get ready to see its toastier cousin, hojicha. Like matcha, hojicha is made from green tea leaves, but these leaves have been roasted to give them a nuttier flavor. The tea can be brewed, or ground into powder to be flavor baked goods and other desserts.

How do these trends sound to you? Which ones would you like to learn more about? Let me know!

It may be the topic of a future article…