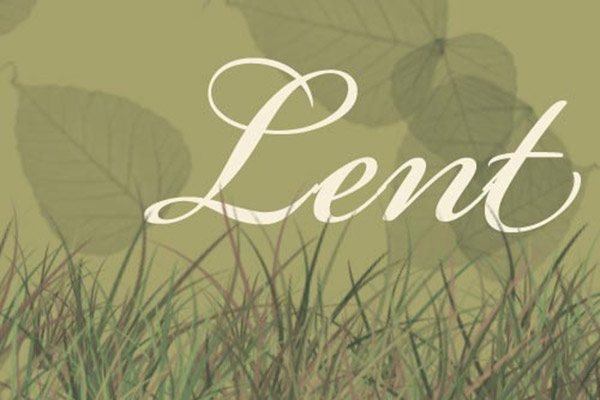 By some cruel twist of the Lunar calendar, Chinese New Year, Mardi Gras and Ash Wednesday come one right after another this year. Then, boom! Valentine’s Day. If all that weren’t enough, it’s also National Freelance Writers Appreciation Week, although I have yet to receive a card or cake for that. I was so engrossed in the Lunar New Year, that it didn’t occur to me until the weekend that Lent begins this Wednesday.

In previous years, I’ve taken up the Christian practice of self-denial by giving up coffee or shopping for 40 days. After I gave up buying clothes for the better part of a year  in 2011, I sort of gave up on giving up things. Yes, I proved I could do it, but it also made me aware that I have a stubborn, proud streak that will do something just to say I did, rather than simply seeking spiritual growth. So I’m reporting that I have nothing to report. I’m not going to give up meat, sweets or Facebook for the next month. This year, I’m giving up nothing for Lent — except for maybe the privilege of being able to humblebrag about what I’m giving up for Lent. In keeping with my January self-evaluation, I’m still feeling the need to slow down, be present to my family, and make thoughtful choices.

However, there is another aspect to Lent that we don’t think of so much in popular culture. The forty days leading up to Easter are not supposed to be just a time of self-deprivation; like Advent is a period for preparing oneself for Christmas, the Lenten season is also a time of preparation for the resurrection (assuming you believe in such things — if not, keep on moving, come back Friday for another post!) Some Christians do things like read a certain section of the Bible during the weeks leading up to Easter, pray for a certain issue, or simply give a little extra to charity.

So what am I getting at? I don’t know. Except it’s an interesting juxtaposition of holidays and being a multicultural, multifaceted person, just another one of those things to sort out. Maybe I can spend some time contemplating these questions, and more.

Do you observe Lent? What do you give up or do for the season?