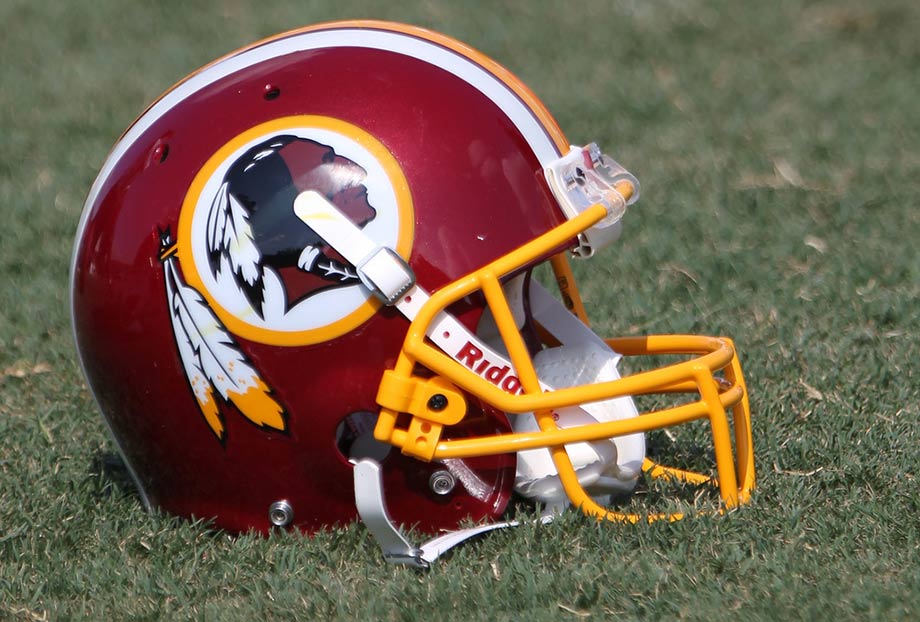 We don’t live in Washington D.C. or Cleveland, and we’re not hardcore professional sports fan. So it would be easy for our family to dodge the discussion about the Washington Redskins, or even Chief Wahoo and the Cleveland Indians. But when you really look around, terribly inaccurate representations of Native Americans are all around us — we’ve just gotten used to seeing them, whether they be in a Kindergarten Thanksgiving skit, a California Mission project, or a beloved children’s movie.

On BlogHer, Jennie Stockle wrote about the humiliation of going to a high school pep rally for a game against a team which had a Native mascot:

As a mom, I’m disgusted by the idea of kids and youth being exposed to these images. Just like I wouldn’t want my kids to grow up seeing white actors in yellow face (read Jeff Yang’s Wall Street Journal piece about Mickey Rooney’s role in Breakfast at Tiffany’s), or anybody mocking the Chinese language with “ching chong” sounds, I don’t want my kids to think it’s okay to denigrate other cultures — or just as bad — think they are somehow “honoring” Native culture with stereotypes. And since many of us live in communities where we may not meet any Native Americans, it’s easy to overlook racist misrepresentations or accept these familiar symbols as just part of Americana.

While driving home from a sports practice a few weeks ago, Little Brother was rambling on about something. My mind was preoccupied with traffic and trying to figure out what we were going to eat for dinner. Then part of his diatribe caught my attention.

“What are you talking about?” I asked innocently.

He went on to talk about how the Native Americans had been driven from their land and forced to walk thousands of miles to reservations. These ideas didn’t come from me. We haven’t really talked about the subject much. But what it shows is that children aren’t innately programmed to mock people who are different from them. Quite the opposite, I think people have an instinct for sympathy, but when we see imagery that shows people of a certain race as less civilized or just plain weird, it chips away at that humanity.

While sports mascots painted with red faces and festooned with feathers and fake symbols are the most egregious offenders, those stereotypes begin as early as the picture books we read to our toddlers. One of the best online resources for reviews or analyses of Native imagery in children’s books is the website American Indians in Children’s Literature, written by Debbie Reese. I had the pleasure of meeting Reese several years ago at the Kellogg Foundation’s America Healing conference. Colorlines recently published an interview with Debbie Reese, who runs the blog American Indians in Children’s Literature, which is a wealth of resources for anyone wanting to read reviews or analysis of how Native people are portrayed in kids’ books. Reese tells Colorlines’ Aura Borgado that her interest in these representations was sparked by seeing the Chief Illiniwek mascot while a graduate student at the University of Illinois:

I noticed that children’s books had the very same image of a character in a headdress that is so popular in mainstream America. Clifford the Big Red Dog, for example, dressed as an Indian for Halloween wearing a big headdress. He embodied the stereotypes of the stoic and stern Indian. I saw similar images in [a] Berenstain Bears book [among] others. So I was sticking with my interest in children’s literature, but looking at it in a more politicized way by focusing on what kinds of messages the books were passing along to children, to help me understand why people would be so attracted and attached to a mascot.

Want to let Dan Snyder know you that Redskins is not an appropriate name for an NFL team?