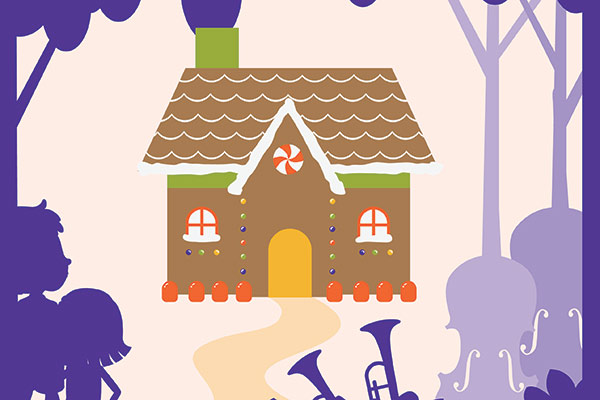 Looking for a kid-friendly entertainment in Mandarin Chinese? Look no further than the Oshman Family Jewish Community Center in Palo Alto. Yes, the Jewish Community Center. I’ve noticed posts about these performances in a Mandarin language education forum that I belong to, and had to find out more about it. It turns out that at this particular community center, many of the families are mixed Jewish-Chinese. Ronit Levy, Director of Arts and Culture at the Oshman Family JCC, estimates that at least 25% of the members are Jewish-Chinese couples. Levy, an Israeli native who is herself a professional musician, came up with the idea of multilingual performances to serve the local population.

“Art is the best vehicle to instill in kids a love of language that is is not just sitting in a classroom,” says Levy.

On September 29, the JCC will be presenting a matinee performance of the ballet Hansel and Gretel, narrated in Mandarin by Lily Zheng, a Palo Alto resident and former news anchor in China. That’s not the only Asian connection: The orchestra will be led by San Francisco Ballet conductor maestro Ming Luke. On the same day, other shows will be narrated in English, Hebrew and Russian. And to encourage budding musicians, there will be an instrument “petting zoo” before and after the concerts so children can test out cellos, violins and clarinets. This event is planned to be suitable for ages two and up.

We’re giving away 10 free tickets for the performance this Saturday, September 29 at 1:30 pm.

Just leave you name in the comments section, and we’ll have a ticket for you at Will Call. 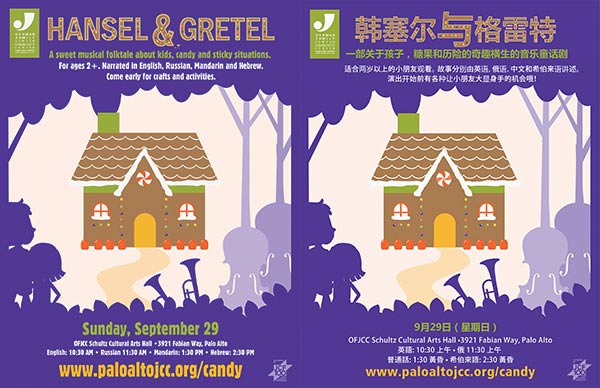