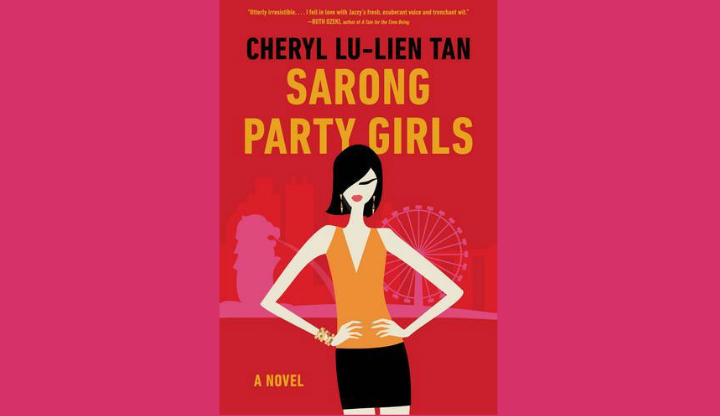 Need a beach read? With a title like Sarong Party Girls, (Amazon affiliate link) Cheryl Lu-Lien Tan‘s new novel is a perfect summer vacation book, but it’s much more than that. Main character Jazzy is a modern-day Singapore party girl with a dead-end job as executive assistant to a newspaper publisher, whose main goal in life is to nab a rich ang moh husband and pop out some “Chanel” babies.

Like Kevin Kwan did in Crazy Rich Asians and China Rich Girlfriend, Tan mines the world of high rise living and exclusive nightclubs, but through told through the aspiring eyes and salty Singlish pratter of Jazeline Lim, a 20-something Chinese-Singaporean who aspires to a better life than her hairdresser mother. Jazzy’s voice is super fun and chatty, and sprinkled with a lot of choice Hokkien words (which I happen to recognize because they are also Taiwanese expletives) as well as Malay and British-ish phrases. The term Sarong Party Girl comes from Singapore’s colonial past, when British soldiers would bring in local (often sarong-clad) girls to parties; in modern terms, SPG refers to provocatively-dressed young Asian women who frequent clubs on the prowl for rich white men.

While the story may at first glance seem to be a frothy tale of a naive gold digger, it’s also a comedy — and maybe even tragedy — of manners, race, class and gender. Some have compared Jazzy to Jane Austen’s Emma, but she reminds me more of Lily Bart from Edith Wharton’s House of Mirth.

Also read: Tiger in the Kitchen by Cheryl Lu-Lien Tan