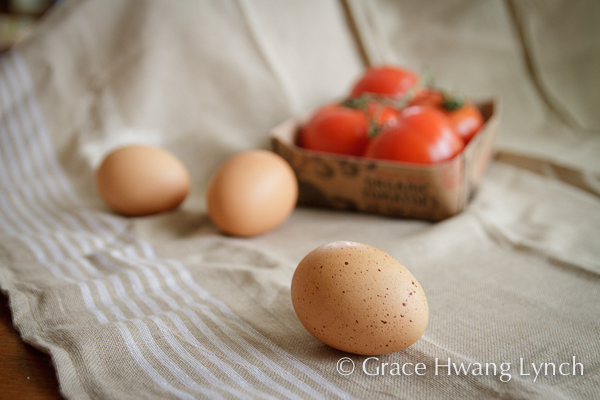 Last weekend, HapaPapa and the boys were away at a camping trip, which meant… I got to eat whatever I wanted! In this case, I lined up two days of restaurant food, but at many other times, what I crave when I don’t have to consider anyone else’s dietary restrictions is simple homestyle Chinese fare.

For many working families, both in Asia and in the diaspora, this means a quick dinner that is also inexpensive and nutritious. A friend was just joking about making eggs and ham “breakfast for dinner”, because she was too tired after a day at the office to do much else. Back in the day, my mother also did the same thing after working eight hours and picking up us kids from the babysitter. Scrambled eggs with green onion and pickled turnips,  sometimes just a fried egg drizzled with soy sauce. (For the most sublime description of a fried egg ever, check out Ying Chang Compestine‘s Revolution is Not a Dinner Party, where a hungry young girl takes her mother’s last coins to buy some eggs, which the mother fries up with soy sauce and vinegar. It’s Like Water for Chocolate, but with eggs. And less sex.)

My favorite simple egg dish of all is one that is never found in American Chinese restaurants, sometimes found in humble Asian market steam tables, and ubiquitous in homes on both sides of the Pacific: scrambled eggs and tomatoes. While many people associate tomatoes mostly with Italian food, tomatoes have actually been used in China since the 16th century, when it was believed that missionaries introduced the fruit. It doesn’t sound all that good and  isn’t very photogenic, either. But it’s comfort food, plain and simple. We haven’t made this a staple in our family because Big Brother had an egg allergy when he was younger. So when I need a quick meal on my own, this is often what I whip up. 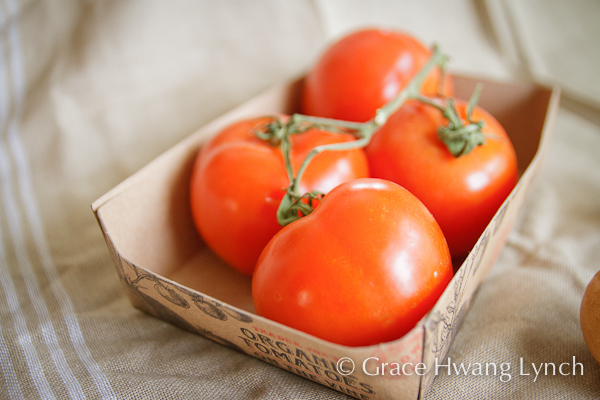 These tomatoes came from Trader Joe’s

The beauty of this dish is that the tomatoes don’t have to be perfectly ripe. It doesn’t matter if it’s April or August. Hothouse varieties from the grocery store work perfectly fine, as the heat of the pan will soften them down and bring out the sugars. And if you have some tomatoes that have been sitting around for a little too long, they will also work in this recipe. 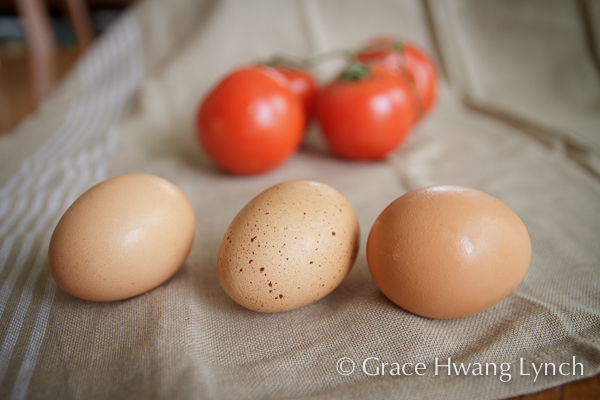 However, the eggs must be fresh. In a dish this simple, the clean flavor of a newly gathered egg will really shine through. These lovely speckled brown eggs came from my friend’s backyard chicken coop. 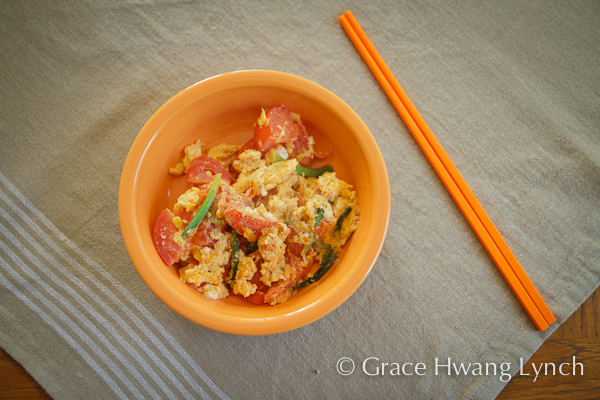