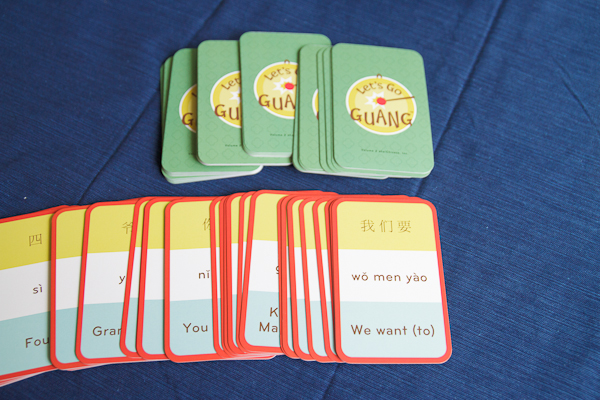 Chinese is currently one of the most popular languages for children to learn, but it’s also perceived as difficult  for native English speakers to learn. I recently interviewed aha!Chinese co-founder Janet Lin Lawson to find out her tips to help kids learn Chinese. Some of them may surprise you!

Mandarin Chinese is useful. Before I started this company, I worked in investment banking. During the course of my experience in that field, I found that the single attribute that advanced me more than anything else was my ability to speak Mandarin Chinese. When I had children, I knew that it was critical to give them that same advantage.

Travel to Chinese speaking countries, if possible. I took them on numerous trips to China and Taiwan and bought them a lot of books and videos to further develop their listening ability. My children today (8, 5 and 3) are all very fluent in Chinese.

Start young. The younger the child is, the easier it is for them to learn the sounds of the language. That’s why we encourage children to learn as early as they can. The problem with learning early, though, is that you need to keep it interesting enough to hold their attention. That’s why we use animation, stories and songs to teach. We capture the children’s attention with a story, teach the Chinese with the assistance of English, and then layer Chinese in phrase by phrase. We found that taught in this manner, Chinese was as easy to learn as any other language.

In some ways, Chinese is harder than English. There are aspects of Chinese, such as the four tones, that are harder for speakers of non-tonal languages to distinguish The writing is certainly harder, but that’s more a matter of memorization.

In other ways, Chinese is actually much easier than English. Chinese grammar is extremely simple. (No male and female nouns, no verb conjugation).

Watch TV! Have them watch videos, but be sure that they are appropriately leveled, such as the Let’s Go Guang series from aha!Chinese. A child who is just starting out, can’t watch Dora or the Smurfs in Chinese, because those are intended for children who are native speakers. The Chinese is fast and complicated.