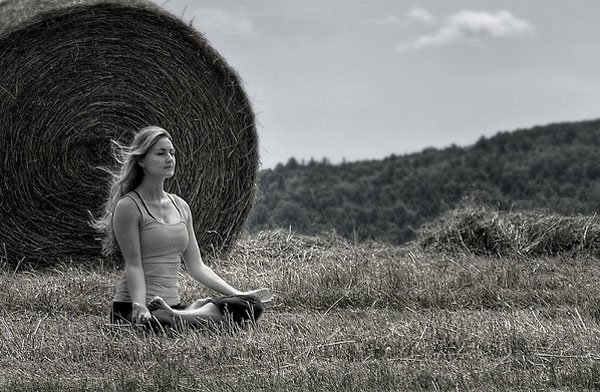 So I was in my Pilates class last night, balanced on my butt with my legs spread open and up in the air, and the instructor is trying to divert our attention from the awkwardness of our positions.

“Did you hear about the new governor of Louisiana? He’s this Indian guy, first-generation immigrant from India, and he converted to Catholicism, and went through the school system and then on to college at Brown and Oxford. It’s interesting how so many people from Eastern cultures are interested in Western philosophies, while here I am, studying lots of Yoga.”

The yoga instructor is a fair skinned red-headed lass from Texas. Like me, she’s a stay-at-home mom of two young boys. She’s recently turned her serious yoga hobby into a part-time job teaching classes at the YMCA. But she brings up a good point.

In college, at UC Berkeley of all places, I became a Christian. Feeling stifled by the conforming pressures of a Taiwanese family to be the dutiful daughter and without question, pursue a career in something very practical — like engineering or biology, or at least accounting — the Christian tenet that God accepts everyone just as they are held tremendous appeal for me. That God knows all the days of my life, before even one of them came to be. That He created me, endowed with the unalienable right to be who I am and be loved for it.

You mean, I don’t have to force myself to be someone that I’m not? God will provide for my needs, just like he feeds the birds of the sky and clothes the lilies of the field — even if I roll the dice and pursue a career in television news, where most people end up not a multi-millionaire network anchor, but a bitter, sidelined struggling small-market reporter?

Revolutionary thoughts for a girl whose mother had lectured her repeatedly that only people who couldn’t hack it in science studied subjects like English, and that in case of a war or famine, a doctor would always be employed. Of course, I latched onto it and clung to that glimmer of hope like it was my only ticket out of the technocratic ghetto I had been born into.

I suspect there is a similar motivation for my Caucasian peers who wear Buddhist prayer beads around their wrists and perform sun salutations to dissolve the stresses of daily life. How many people do I know whose associations of Christianity, church and the like, involve fruit punch, casseroles, scratchy dresses, Don’t do this, Don’t do that. My Catholic friend Christine worries that parochial school will brainwash her daughter into a Pope-fearing anti-abortionist who will turn her back on the gains of feminism. Yet, she’s a Yoga enthusiast who doesn’t seem to worry that taking her toddler to a Mommy and Me class will fill him with fear of being reincarnated as a cockroach. By the way, that’s what an Indian girl who lived down the street from me a child told me would happen to bad people.

Every culture has its shortcomings, and its traditions of pressing people into socially acceptable behavior. In short, because it works. It keeps everyone fed, clothed, sheltered, and relatively dignified. But in the process, people have tainted even the purest of traditions. My third generation Japanese American friend Liana is a Buddhist. Her discussions about her relationship with her parents revolve around guilt and disapproval. There are plenty of laughing references to “falling on her sword.” She does also talk about how sitting in a Buddhist church service helps her to feel calm and that everything will be okay. But still, not exactly the brand of Buddhism endorsed by Richard Gere.

In seeking a tradition outside of your own, you can pick and choose those parts of that tradition which nurture and free, and since you are not part of the social order, you are not confined into a role in the group.

After all, an ashram seeking westerner is not assigned a caste in Hindu society. I suppose if one were faced with the burdens of filial piety or being forced into an arranged marriage, most Westerners would not view Eastern traditions as so free and glamorous.

In the same manner, an Asian American who converts to Christianity was probably drawn not by the staid world of dusty hymnals and casserole delivering Ladies Guilds, but by an atmosphere where one can throw one’s arms up in abandon and by promises of a God who delivers rest to the weary.