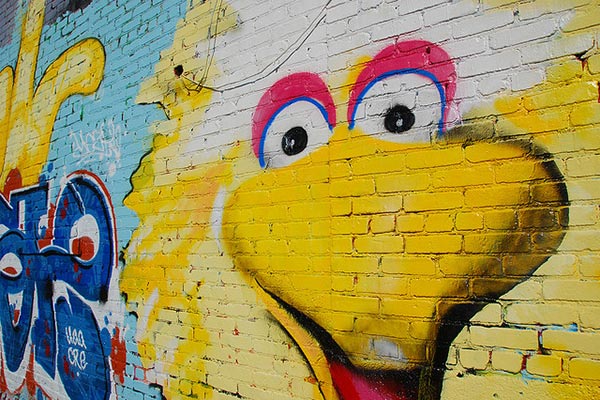 Judging by the reaction to Mitt Romney’s vow during the first presidential debate to cut funding for PBS, Big Bird is the sacred cow of American childhood. For anyone born during the 1970s or later, Sesame Street really is right up there with apple pie and baseball. Perhaps even more so for children of immigrants.

I can remember being a preschooler, living in graduate student housing at a Midwestern university. Our cinder block apartment was sparse, our lives routine: I would go to daycare, my parents would go to work, they’d pick me up, and we’d have a simple dinner before going to bed and repeating. My mom and dad arrived in America just a few years before I was born. While they studied English in Taiwan, it wasn’t always easy to communicate. Simple things like ordering a meal at a restaurant or visiting the doctor were often challenging.

That’s where PBS came in. One of the few channels our antenna picked up, the public television station offered some of the only educational programming for kids. Big Bird — along with Bert, Ernie, Grover,  and Maria and Luis — was a regular part of my mornings. Cookie Monster taught letters and introduced me to the wonderful world of American sweets. Math skills came from The Count, and I learned from Oscar how not to treat your friends. And many more lessons. I’m sure I’m not the only child of immigrants who learned to speak English and picked up on social cues, thanks to Big Bird and the rest of the Sesame Street gang. For families who might not be able to afford music classes and Gymboree — or even preschool — PBS offers many educational programs for children that can help level the playing field. My kids have moved on from Sesame Street, but Little Brother will practically plan his afternoon around Wild Kratts.

Sesame Street is such a widely recognized vehicle for teaching kids English that Berlitz International even partnered with the Children’s Television Workshop to create Sesame English. And earlier this year, Sesame Workshop launched a Mandarin Chinese program in the New York area. Wouldn’t it be a shame if children right here in the United States didn’t have the opportunity to grow up with Big Bird?