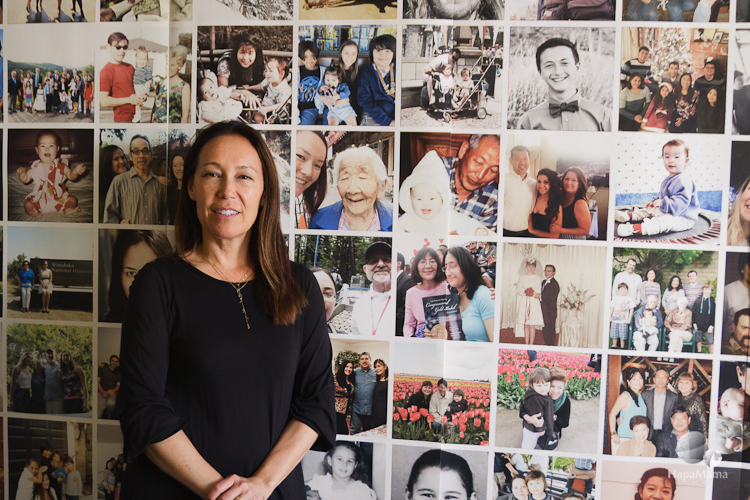 Cinda Nakashima, curator of Visible and Invisible at the Japanese American Museum of San Jose

Titled Visible and Invisible, it’s similar to the exhibit of the same name at LA’s Japanese American National Museum, but this collection is unique and has many ties to the local area.

Curated by historical sociologist Cindy Nakashima and art professor Fred Liang, the small but significant collection shows the history of mixed-race Japanese Americans from the 1860s to the current day, when the majority of Japanese Americans are projected to be mixed-race by 2020. “The first Nisei was a hapa, for heaven’s sake!” says Nakashima,  who also curated the 2013 Los Angeles exhibit with Lily Tamai Welty and Duncan Ryu Williams.

The artifacts include news clippings, photos, and other artwork. Like the Los Angeles exhibit a few years ago, the San Jose collection includes a hearty discussion of the anti-miscegenation laws which forbade U.S. citizens from marrying Asians. “Many of the pioneers of our community were also pioneers in the area of interracial or intercultural marriages. That’s something to be proud of!”

With the Santa Clara Valley’s longtime Japanese American population, many of the artifacts are culled from local families, such as the photo wall showing the many faces of Japanese America and flyers from early hapa student groups at U.C. Berkeley.

The day I visited the museum, there was a tour of middle school students visiting. The Japanese American Museum is really a gem in San Jose’s Japantown. Just north of downtown, the quiet neighborhood is considered one of the most authentically preserved remaining Japantowns and is a wonderful place to visit with kids. The Visible and Invisible exhibit, as well as the rest of the museum, are very family-friendly, and even people who are not Japanese, can learn from this exhibit.

In fact, one of the most important messages of the exhibit is that interracial marriage or a growing mixed-race population doesn’t necessarily mean that an ethnic group’s culture or lineage are disappearing. “Outmarriage in the JA community has not equaled assimilation into the mainstream,” says Nakashima.  “Our community is becoming more and more diverse with each generation. The key to not ‘dying out’ as a group is to be inclusive and welcoming and adaptive.”

Visible and Invisible will be on display at the Japanese American Museum of San Jose through the end of the year. There will also be a book signing event on August 6 for Raising Mixed-Race with Sharon Chang.

As part of the second annual J-Town Film Fest, there will be a screening of Hafu (2013) (90 min.). This film follows the lives of five “hafus”, the Japanese term for people who are half-Japanese, in modern day Japan. For some, Japan is the only country they know, for others it is a new experience and for still others they are caught between two different worlds. Cindy Nakashima, co-producer of JAMsj’s hapa exhibit will comment.

Tickets are $10 by advance purchase here and $12 at the door. The Japanese American Museum of San Jose is located at 535 North Fifth Street, San Jose, California.